So another year has passed and with that comes everyone's "top fill-in-the-blank of '09" lists. Now, I'm not on any of these things (and why would I be?), but a few of the books I work on and people I work with did make the cut.

Newsarama has a couple of Ten for '10 lists that give their top ten for various categories. One of those lists is top ten creators to watch this year. Number one on the list isn't a anyone I've worked with, but a friend from college, Sean Murphy. His work is amazing, and he's finally getting the recognition he deserves from both the publishers and the critics. Way to go Sean!


Jobar cover 3 by *seangordonmurphy on deviantART

Number two on that same list is Kieron Gillen, a writer from the UK. I happen to color two of his books at the moment, Phonogram: The Singles Club for Image and S.W.O.R.D. for Marvel. He also nabbed Comics Daily's best writer! 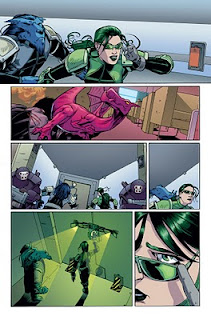 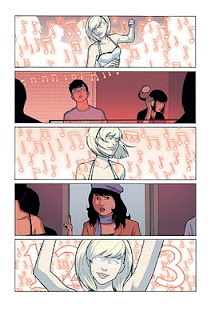 Number four on the Newsarama list is artist Chris Samnee, one of my favorite artists. He draws one of the books I'm currently coloring, Siege: Embedded for Marvel. I can't believe that I am lucky enough to work on an artist that I like so much this early in my career. 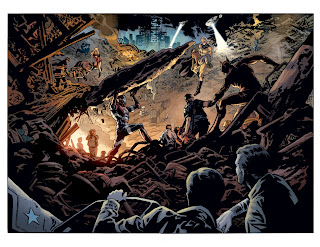 A few spots down at number six on the list is Rafael Albuquerque, an amazing Brazilian artist. I haven't had the joy of working with him on anything that's been published (I colored some pitch pages a few years ago), but he is one of my favorite artists and a really nice guy as well.

Now, if you thought a list of 10 was big, CBR has one 10x bigger! In their top 100 comics of '09 two of the books that I worked on made the cut. Coming in at #83 is S.W.O.R.D. which I'm really happy about. That book has taken some flack in the press, but I think it's a fun and refreshing breath of fresh air for mainstream comics. Anyhow, on to the next comic, and drum roll please... Phonogram made it all the way to #11! Another book that deserves more sales to match the quality of the product and critical acclaim that it receives.

So all in all it's pretty cool to be in the company of all this talent, hopefully some of it will rub off!

MW
Posted by Matthew Wilson at 9:10 AM