Invincible Iron Man back up...

Almost forgot this one! Jamie McKelvie and I are doing a back up story in Invincible Iron Man starting with issue #32, which comes out today.

Here are some pages from the back up... 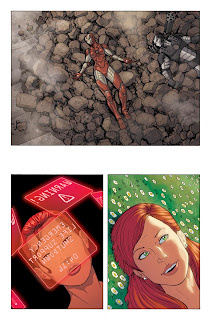 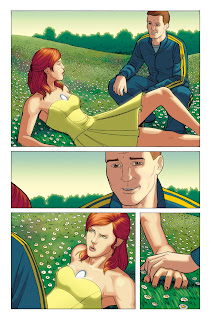 It's a rather full week for me in terms of books coming out today. Along with Invincible Iron Man #32, I have work in Ultimate Comics Spiderman, Ultimate Comics Avengers, and Thor: The Mighty Avenger #6.

MW
Posted by Matthew Wilson at 9:09 AM No comments:

Hey, I have work in two Ultimate titles for Marvel this week. I did a short story in Ultimate Comics Spiderman, and I helped out Matt Hollingsworth on Ultimate Comics Avengers. CBR has a preview of both, here's Spidey and here's the Avengers. Below are some pages from the books... 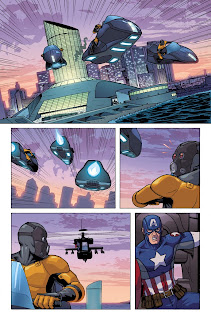 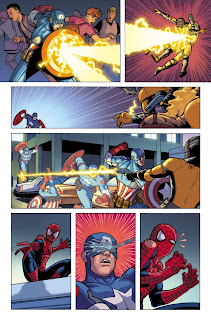 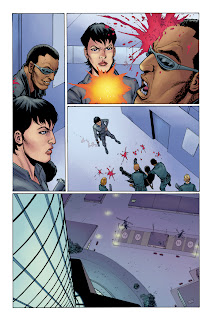 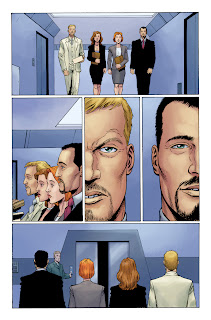 MW
Posted by Matthew Wilson at 10:50 AM No comments:

Even with the news of it's cancellation, Thor: TMA still has 3 issues coming out. Issue #6 comes out this Wednesday (11/24) so go check it out.

Here's CBR's preview, and below are some pages from the book... 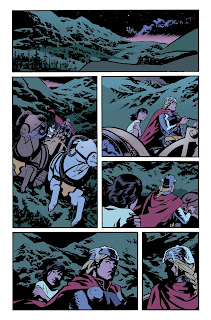 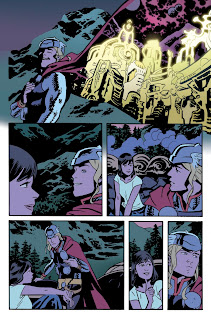 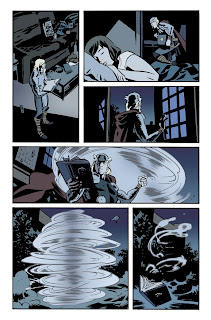 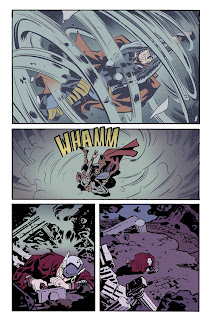 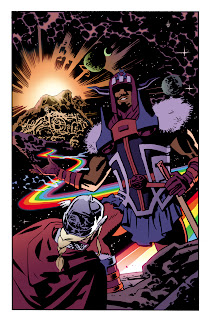 MW
Posted by Matthew Wilson at 11:39 AM No comments:

*A note for some context. Thor: The Mighty Avenger is a book I color for Marvel Comics. It is written by Roger Langridge and drawn by Chris Samnee. It has been announced that the book will end at issue #8.*

Due to some deadlines I'm a couple of days behind the announcement of Thor: TMA coming to an end, but I wanted to make a post despite the fact that most of you have probably already read this else where. If not, well then here we go!

Chris Samnee said it best over on his blog...

"The cat is out of the bag that Thor: TMA will be ending at issue 8, for now.

Thank you all so much for all the kind words and amazing support you gave this book. Thor: TMA has meant the world to me and I'm so thankful I had the opportunity to work on it with the amazing team of Roger Langridge, Matt Wilson, Rus Wooton, Nate Cosby and Mike Horwitz.
We've still got three more awesome issues that will be out, I hope you continue to support the book. And feel free to let Marvel know that you'd like to see it come back! :)"
Well, except that I would change out my name for Chris on that list of names so I wasn't praising myself. :P

Roger Langridge, the writer of the book has also posted about the books ending, saying...


"It's been officially announced now, apparently, so I can mention here at last that Thor: The Mighty Avenger has been cancelled - issue #8 will be the last one. Thanks to everyone who bought the book - it's been such a great experience working with Chris Samnee on this thing; his artwork consistently exceeded my expectations. He and colourist Matt Wilson made that book the best-looking one on the stands.

Chris and I were four issues shy of wrapping up the mega-subplot we'd been setting up since issue #1 - if we'd reached issue #12 a lot of questions would have been answered and the series would have been tied up with a nice little bow - so if you're Twitter-enabled and you'd like Marvel to publish those last four issues at some stage, let them know."
There has been an amazing swell of support shown for the book since the announcement. It's pretty amazing to see SO MANY people speak out about their love for the book. A lot of people are campaigning for the book to continue.
So, if you're in the dark about all this and want to catch up, I'll compile what I've found so far...  There is a Save Thor: TMA page on Facebook and there is a hashtag (#) for saving the book on Twitter as well.
iFanboy has 4 articles up about the books cancellation, (articles are here, here, here, and here).  And Robot6 has made the book's cancellation the subject of three of it's articles (here, here, and here).

I've seen multiple people express their support for the book with an image, such as this one from the blog in continuity... This tweaking of a panel by my buddy Rico...

And another one by Rico... This little comic made over at the blog The Encyclopedia of Mostly Useless Knowledge... I'm sure there are many more bits of Thor: TMA support out there on the internet, and even though they aren't listed here they are still MUCH appreciated (I just don't get out often, so I miss a lot :/).

It's really nice to see so many people expressing their attachment to something I've worked on. I hope this ground swell will help convince Marvel to bring the book back. But in reality the only thing that would do that is, better sales. SO, if you'd like the book to ever come back, continue to bug Marvel, but also make sure you buy the book. There are still three issues to come and then the two trades (out December and March). You can already preorder the first trade (on Amazon, for example, where it's shot up the charts for Marvel's books this week!). Also, there's a Thor: TMA poster for sale (my earlier blog post about it, here), not that those sales would make a difference for the book. But in case your interested, there you go. So get out and vote with your dollars, because that's the vote Marvel will pay attention to.

Thanks again for all the support, and keep your fingers crossed!

MW
Posted by Matthew Wilson at 1:53 PM No comments: 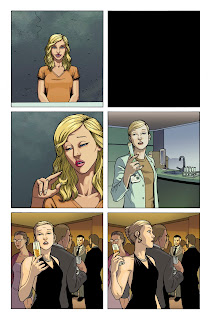 MW
Posted by Matthew Wilson at 1:54 PM No comments:

I was originally going to be the colorist on the mini series Osborn. But due to scheduling conflicts I am no longer coloring that book (I did color the first 2 pages of issue #1). However, I was put on the back up for issue #1 with Jamie McKelvie. I don't know much about the back up other than, the story is about one of the other criminals Osborn is locked up with. As always, I love working with Jamie, and this past month I was able to color 20-something pages of his art, so yay!

There's also a preview of the main story over at CBR. 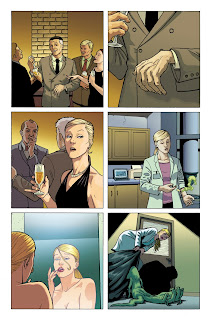 MW
Posted by Matthew Wilson at 7:51 PM No comments:

Hey! So, I forgot to post this a few weeks ago when I first saw it, but Marvel is making a Thor poster and they're using the cover Chris and I did for the Thor: TMA #1 and #2 reprint, Double Rainbow. The image is below, and you can order the poster from HERE, or your local comic book shop. The cut off date for preorder is Nov. 19th (I know, that's soon, sorry!). 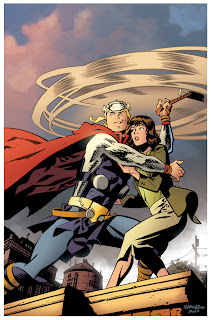 Hey! I've been pretty busy these last 2 weeks. I did a whole bunch of shorter stories (three of them drawn by Jamie McKelvie!) and helped Matt Holingsworth with some pages on Ultimate Avengers. I'm also in the middle of my next issue of Wolverine and Thor: TMA and about to start Ultimate Comics Doom #1. So I'll have a whole bunch of posts in the next few weeks.

Tomorrow I'm taking a day off of work to talk to students at SCAD Atlanta about coloring comics. The amazing colorist Laura Martin will also be there to speak. It should be a lot of fun. Here's a link to the blog post about it.

EDIT: I didn't realize there was this cool poster for the talk... 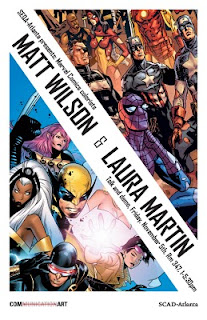 Anyhow, that's my update for now. No work to post today, but like I said, there are a whole lot of previews coming real soon.

MW
Posted by Matthew Wilson at 1:04 AM No comments: