I need to do some catching up around here, and I thought it would be nice to post more about my process. So, instead of just posting "This book is out" for Wolverine #11, I figured I would point out the reasons behind some of my color choices.

Don't worry, your minds are in no danger of being blown.

The current story arc for Wolverine has our favorite mutant tracking down the group who sent his soul to hell, The Red Right Hand. Each issue is divided into two time periods: the present and a series of flash backs. In the present Wolverine fights his way through 5 thugs (fighting one at a time/one per issue) that serve as The Red Right Hand's body guards.

While Wolverine is fighting in the present, each flashback section of the book focuses on a different member of The Red Right Hand and an event in their lives where Wolverine caused them pain and suffering.

After reading the script the first color decision I made was that it needed to be very obvious when the story was in the present and when it shifted to flashbacks. I decided that I would make all the flashbacks the same limited palette, and make all the present day a contrasting palette. Within the flashbacks the story shifts from place to place, and even from time period to time period while exploring the character's life. Typically I would pick a different palette for each of these scene changes so that the reader would know that the story has shifted scenes. But I decided that it was more important to keep all of the flashbacks colored with the same palette so that they are instantly recognizable as flashbacks.

So, here's two pages from issue #10. In the first page we're seeing Wolverine in the present (holding a severed foot, eww). These palettes are mostly cool colors. 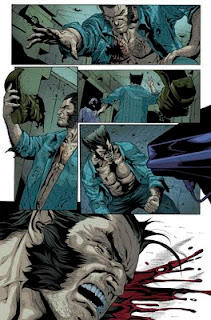 The very next page is a flashback scene, which has a warm palette. There's no question we've shifted scenes from page to page. 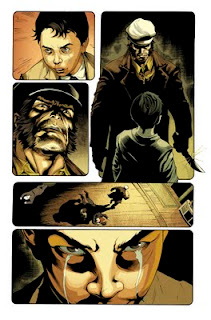 The next two pages are from issue #11 and as you can see I've continued the same palettes from issue #10. Even though the flashback is focusing on a different character I wanted all the flashbacks in this arc to be connected since each one is a memory about Wolverine. That's my way of saying that each of these peoples view of Wolverine is "tinted" the same way. Again, the first page is in the present, with the last panel switching to a flashback, and then a whole page of flashback. 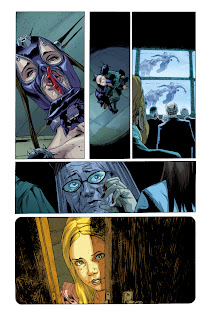 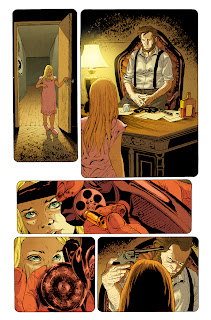 These certainly aren't revolutionary ideas concerning comics coloring. In fact, they're pretty simple concepts. But this illustrates one of the many decisions that a colorist can make to help enhance the storytelling in a comic.

This is an awesome entry. Love hearing about the process...hope you will do more of this.

Best wishes on the Wonder Woman book. It looks like it has potential to be epic!